The concept is simple...

get people enjoying gin together all over the world

A day for everyone and anyone (over drinking age of course…!) to celebrate and enjoy gin! Whether you’re already a fan of the juniper spirit, or looking for an intro, World Gin Day is the perfect opportunity to get involved.

World Gin Day is always the second Saturday in June. This means the date moves around a little year on year (see date list below), but to make the most of the day we like to give you the Sunday to recover….

World Gin Day itself was actually founded by Neil Houston in 2009, a very bright idea to bring his friends together to drink gin in Birmingham! Emma and Neil were already firm gin-friends, and so it made sense to bring the celebrations to London in 2010, involving some of Emma’s friends too, in a lovely little gin bar called Graphic in Soho. Since then the day has grown year on year, reaching an ever bigger audience.

In 2013 Emma formally took charge of the day, due to Neil’s work commitments, and the day has since evolved into a truly global celebration with events running in over 30 countries around the world, reaching over 200 million people on social channels. No really, just check out the stats for past years using the links in the site menu…not too shabby I’m sure you’ll agree.

I also have a lovely ambassador for Australia, in the form of The Gin Queen (you can read more about this partnership below!).

As for me? You can read more about me and my slightly bonkers life, in this lovely interview with DrinkUp.London!

As things began to grow at an exponential pace, in 2016 I took the opportunity to invite a dear friend to help out by becoming a World Gin Ambassador for Australia.

The first Ambassador on board, Caroline is a veritable library of gin knowledge who launched her website – The Gin Queen – in December 2013, as she wanted to share her enthusiasm for gin and the people who make it. She regularly holds sell-out gin tasting events and has hosted exclusive consumer events with Sipsmith Gin, as well as masterclasses with Laneway Learning and Humble Tumbler.

She is a well-regarded industry figure, having made the Top 100 Most Influential List as compiled by Australian Bartender Magazine in 2015. I’m delighted to have her on board, driving things forwards with our friends over in Oz! 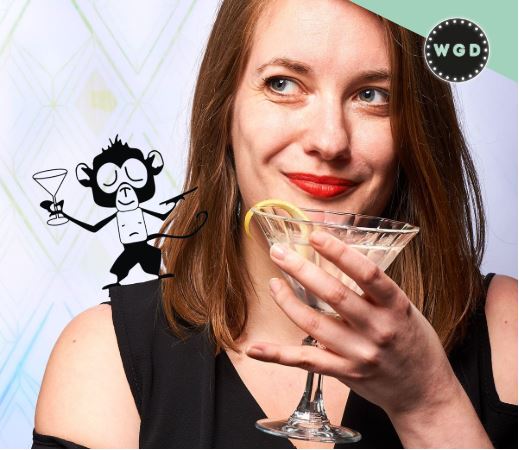