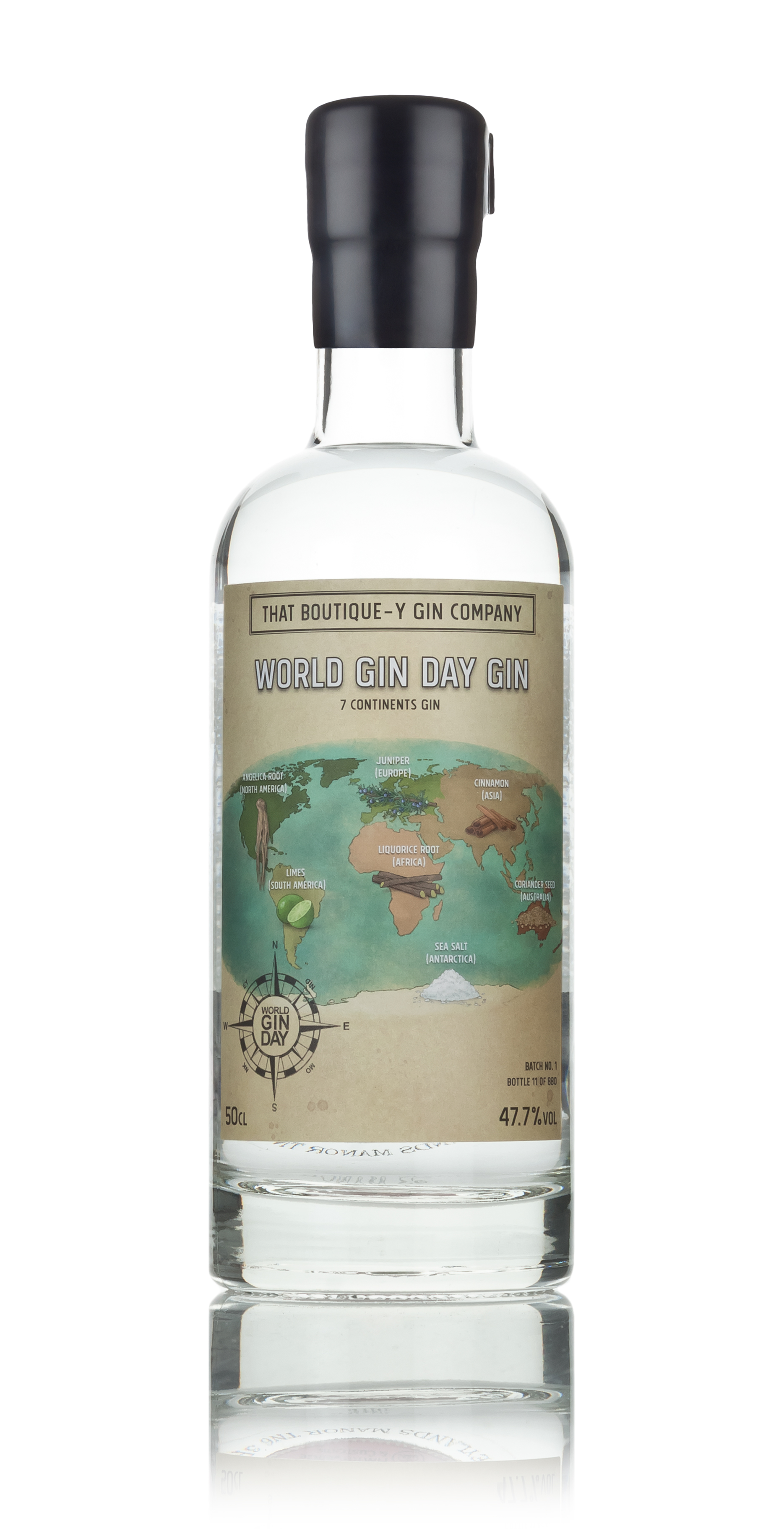 In 2017 I collaborated with That Boutique-y Gin Company to create the official gin of World Gin Day, using botanicals from all seven continents!

So far, so good. But if you can count you’ve realised we’re one short: Antarctica. If you know much about Antarctica you’ll know that this is where things got a little tricky.

Firstly, it’s a flippin long way away, secondly chartering a helicopter there is pretty damn expensive (yes, we looked into it). That’s before you get to the problem that very few things grow there, and whatever does grow is restricted from being removed by the Antarctic Treaty of 1959.

So, we employed a little bit of creative thinking and realised that currents of water can freely leave the continent, so we were able to source sea salt harvested from currents of water originating in the Antarctic Ocean – which is added to the gin post-distillation. World:0 World Gin Day Gin:1.

World Gin Day 7 Continents Gin (Batch 1) is sold out, but Batch 2 is available now: Get over to Master of Malt to pick up a bottle!